Blog Tour: Why I Write

Thanks to Virginia Ripple for inviting me to this three-question blog tour!

What am I working on?

Tomatoes Don’t Judge is my current work in progress. It’s a novel about a girl who meets a boy and falls in love...with his family. She comes from a family that neglects her, so being involved in daily things (i.e., planting tomatoes) is huge.

The prequel-of-sorts to Tomatoes is called Potatoes Still Bruise. It’s the main character’s journal from her early years. Just like a small bruise can affect the entire potato, Kara's scars have an effect on the way she views the world. 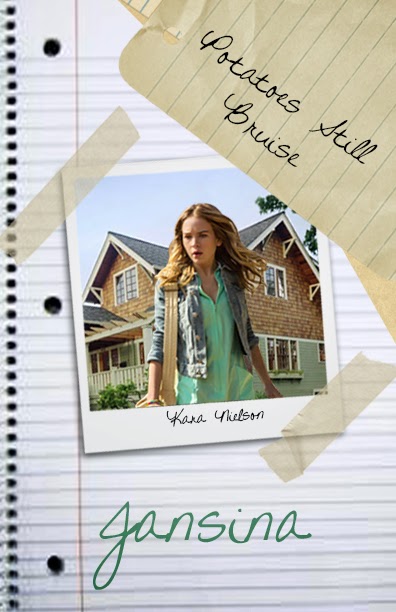 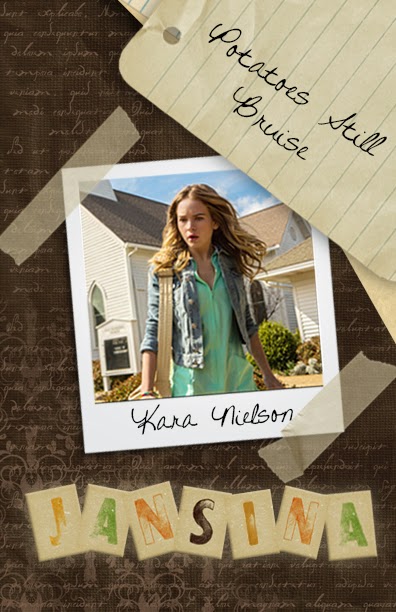 Not the actual cover; these were made by a friend using an actress who fits the main character - Britt Robertson. Aren't they cute?

While this book is first chronologically, I think it makes more sense to read Tomatoes before it, so it's on the back burner for now.

Why do I write what I do?

I can’t remember a time I didn’t love words. When I was younger, I would tell stories verbally—usually things that had happened to friends (or, more often, fictional characters from books, movies, or Adventures in Odyssey). It was a natural progression to writing after that.

When I was a preteen I discovered the "Inspirational Romance" genre, and for a while, I was hooked. After reading several of these books, though, the stories seemed to mesh together. They didn't feel unique or believable to me anymore. I saw a void, and I wanted to fill it: (hopefully) realistic romance for Christian young adults.

I sometimes bring in tougher subjects like abuse because they're important to talk about.

My short stories are thilly and intended to induce laughter - because that's important, too. One of my thilly stories.

What is my writing process?

To be honest, I don't have one. Where I write changes all the time. My regular spot is in the living room, with my laptop and some coffee. When I start to get stuck or distracted, I’ll move to my room, head outside, go to a coffee shop, or switch to a notebook. I also have a typewriter I’ll sometimes use.

One thing that doesn't work for me is scheduling when I write. I do make a point to write something creative every day. It doesn’t matter if it happens at 7 a.m. or midnight. Sometimes it’s thousands of words, and sometimes it’s under a hundred. Any writing is a success.

My first drafts tend to go quickly (I'm usually done within a month - thanks, NaNoWriMo!). I give myself a few months away from the story, then take between six months to a year to edit. Yes, I'm slow. I also consume lots of coffee.

Who is up next on the tour?