Tomatoes Don't Judge is my current "work in progress". This book was the result of NaNoWriMo 2012, and I consider it one of my more fun novels.

I may be placing a physical version of Rivershore Books inside the story...it's there in the current draft, at least. A bookstore/coffee shop mix is one of my goals for Rivershore, so I thought it would be fun to include that in the book.


He swung his bag over his arm as he kicked his skateboard into place under his feet. A few blocks later, he saw the large “Rivershore Books” above the front of the coffee shop. Reluctantly, he skidded to a halt and set the skateboard near the bike rack.

Robbie let out a low breath before pushing open the door. I don’t even like coffee, he thought bitterly. And the smell makes it even worse. Why did I pick this place, anyway? Dad just said I needed a job. He didn’t say where.

Robbie’s nose scrunched up as he anticipated the scents inside the store. He didn’t even say I needed a job; he just said I couldn’t have a car unless I paid for it myself. Do I really want a car this badly?

He scratched his head and his eyebrows drew together, but he knew the answer even before he had asked the question: Yes.

“You just gonna stand there like a freak, or are you actually going to help me today?”

Robbie turned from the unopened door and glanced at the young woman. “Hey. I know you. Well, I know of you.”

She rolled her eyes. “I don’t love the idea of you being here, twerp. Don’t make it worse.”

She pointed to her nametag: Kara. Without a word, she turned her back to him as she entered the coffee shop. “If you don’t get in here, I’ll tell Shannon you were late and she’ll fire you.”

New author, Rachel Heffington, is hosting a giveaway on her blog! The prize is two autographed copies of her debut novel, Fly Away Home. 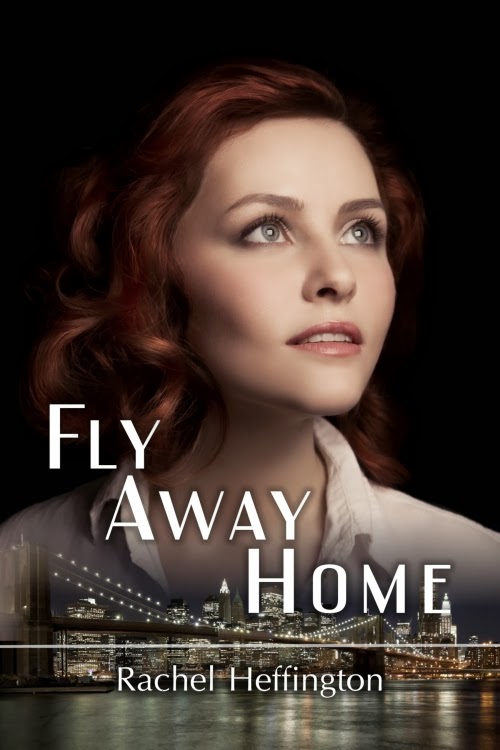 I haven't read this yet, but it comes highly recommended from readers I trust. Isn't it lovely? 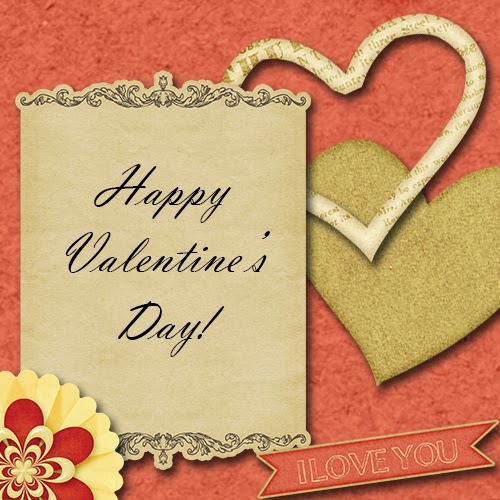 What do a Roman Soldier, a Yemeni headdress, and the Bride of Christ have in common? Do gems, silk, and honey have something to say together? What if the message of eternity was found in antiquity? 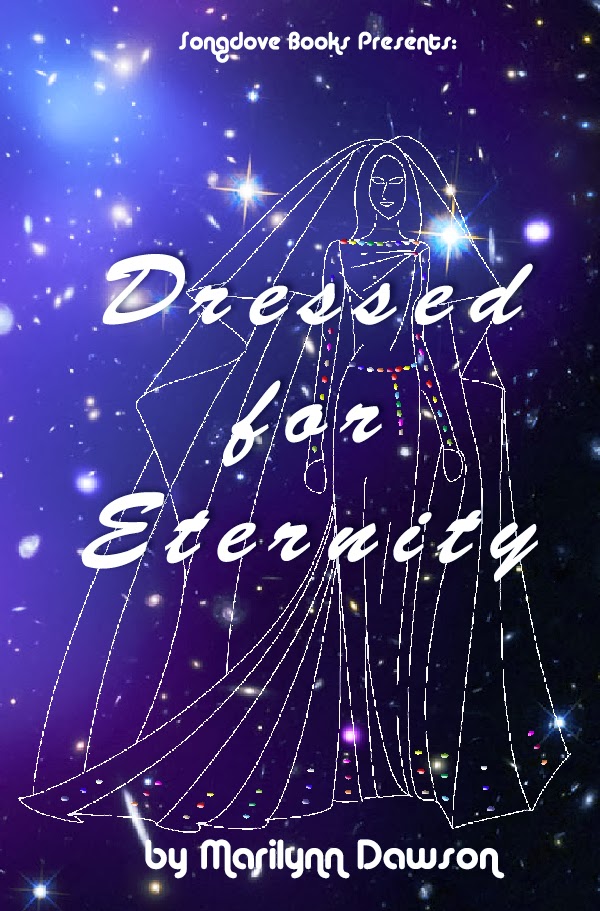 Marilynn Dawson, author of Becoming the Bride of Christ: A Personal Journey and Mom's Little Black Book: Godly Advice for the High School Graduate released her next book, Dressed for Eternity today!

Through practical research into down-to-earth materials, history, and workmanship, Marilynn draws some interesting parallels to character God longs to see in the Bride of Christ. Lovers of history, archaeology, fine jewelry, fine food, bridal attire, fashion, and faith are invited to join her as she makes forays into Egypt, Yemen, Canaan, Rome, and ultimately, the New Jerusalem.

Marilynn's book seeks to answer the question, "How does God adorn His Bride in the Scriptures?" At first glance, this question seems entirely scandalous, particularly to the protestant evangelical or charismatic Christian. But as Marilynn observes, the notion is not out of line with those who worship female deities or who place prominent women in eternal places. Analogies, conclusions, and questions face men as well as women in this very different and eye-opening book.

This book is available in the following places:

Marilynn grew up in a solid Christian home, coming to Christ at the age of 7.  She has been actively involved in Church life since age 10, including activities such as joining her Mom and sister in singing special numbers, choir, teaching Sunday School, leading Sunday School open session, planning Sunday School lessons, and more.  Marilynn attended both public and Christian private schools growing up.  She attended North Island Community College on Vancouver Island and Trend College in Kelowna, BC, obtaining certificates in receptionist work and CompTIA A+ computer repair.

Throughout her life, Marilynn has written poetry and published a few of them in the American Poetry Anthology(two issues).  She's also written numerous unpublished articles on end-time eschatology and the news, written unpublished short stories, word studies and more.

For more information about "Dressed for Eternity", please visit Marilynn's Facebook page or contact her at author@fa-ct.com.

And don't forget to join us for the online book launch on Facebook!

When I'm not playing with words, I sometimes like to bake. Up until this weekend, I even thought I was good at it.

My grandma turned 87 yesterday, and her favorite cake is angel food, so it's a tradition that I bake her one every year. We pretend it's a surprise, but I'm sure by now she knows it's coming.

This year I forgot to bake it until about an hour before we had to leave for a comedy show (Michael Jr.) the night before. I didn't want to bake it when I came home (I value sleep), so I rushed it.

Since we were in such a hurry, Mom helped me bake it. We put the egg whites and beginning ingredients in the mixer and turned it on high to form the "stiff peaks". We have one of those lovely mixers that stands on its own, so we both walked away as it worked its magic.

A minute or two later, the mixer walked its way right off the counter!

It wasn't (very) funny at the time.

After cleaning ourselves, the floor, and the mixer, we started over. This time we held onto the mixer, and there were no more batter-inclusive accidents. Yay!

Around the time the cake was coming out of the oven, I started to smell something burning. The cake had risen so high it was touching the upper burner. The top was black (and even glowing a little!); the bottom was wiggly.

I took it out and removed the top shelf, then put the cake back in and hoped for the best. When the timer beeped again, the cake looked done. The top looked bad, but the rest seemed salvageable. I tipped it upside down on a bottle.

It wasn't done. Gooey hunks of half-cooked batter spilled onto the counter. Mom and I gathered it together the best we could and returned it to the oven.

We had to leave soon after, so we left the oven on until the last minute, then turned it off and left the cake inside.

It was inedible, in the end, so we made a new cake the next day:

(I had to share that last picture with you because, in spite of this adventure, I'm still a little proud of my baking skills.)

What's the most "fun" you've had in the kitchen?

Author Marilynn Dawson has extended an invite to the online launch of her latest book, Dressed for Eternity. The book launch is happening on Facebook and starts at 6:15 Pacific (that's 8:15 Central) on Saturday, February 8th. There will be prizes!

The blog has undergone a makeover! Thank you to Mary MacArthur for the beautiful header illustration! If anyone needs an illustrator, I highly recommend her. She also illustrated Life is Crumbly, and I'm sure I'll be hiring her again.

I'm participating in a Valentine's Day giveaway! The talented authors, Jessica Greyson and Elizabeth Ender have put together the ultimate book lover giveaway, which includes my Mical and Davey series, Shrouded Jewels and As Fairydust Settles.

There are lots of ways to enter the drawing, including following this blog or subscribing to my newsletter!