On Schedules and Lists...

You may already know this about me, but I love lists.

Those posts that all seem to start the same and don't actually say much - you know...

They draw me in. Another list to read? Yes, please.

But the main list I use is a "to do" list. I've gone through countless pieces of paper in my endless loop of writing and crossing off.

I admit - I've written things down just to cross them off a second later. There's joy in that.

After nearly filling a notebook with nothing but "to do" lists, I realized I had a problem. Now, some people might have sworn off "to do" lists altogether. Not me.

I got a dry-erase board. 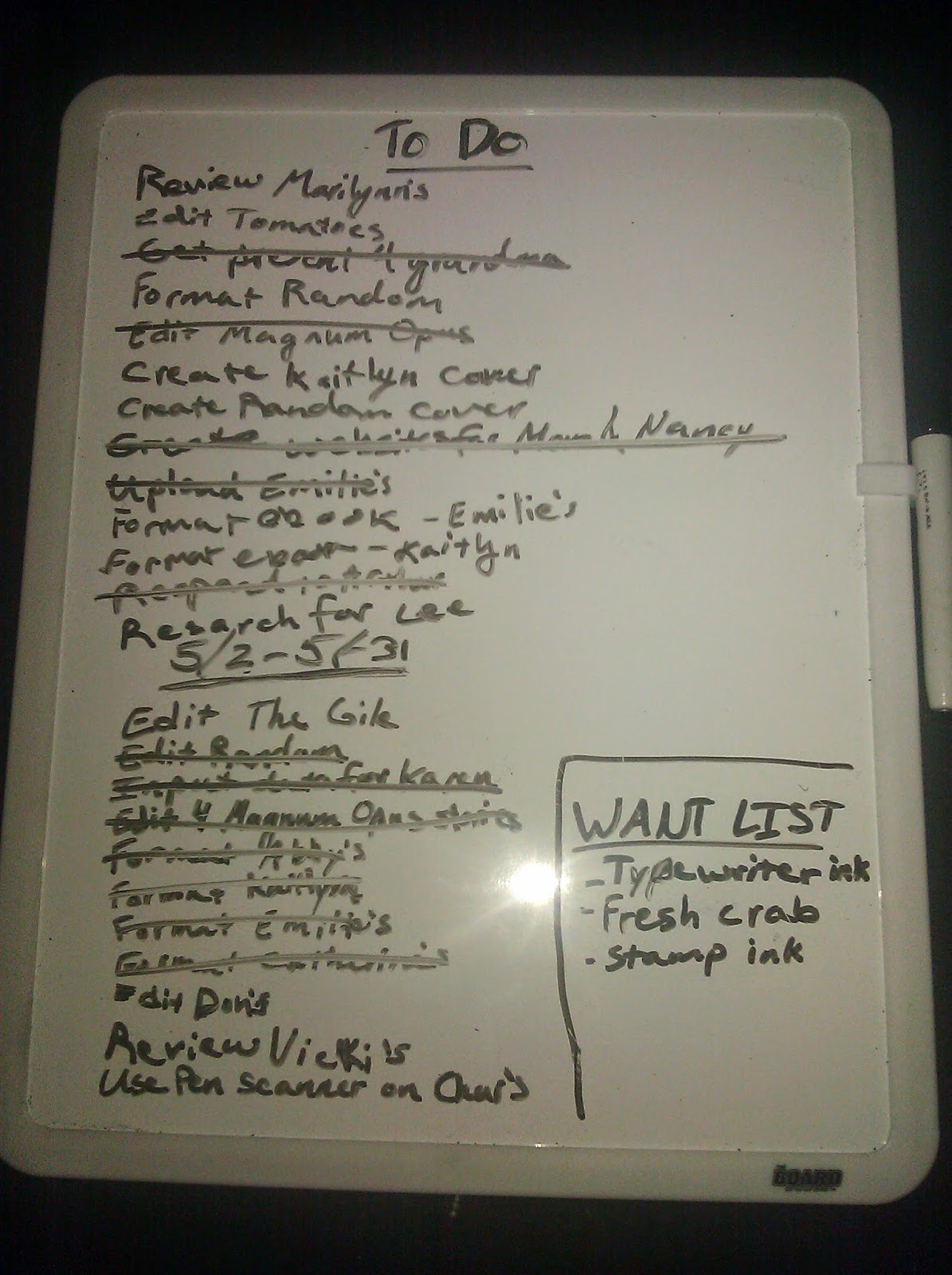 (I also have a "want list"...things I would like but don't need. Those three items have been on it for months. I'm not sure what the point of that is.)

That should be enough to keep things straight (though it probably looks messy), but I'm scatterbrained. I need a calendar, too. On there, I write projects on their due dates. More things to cross off! 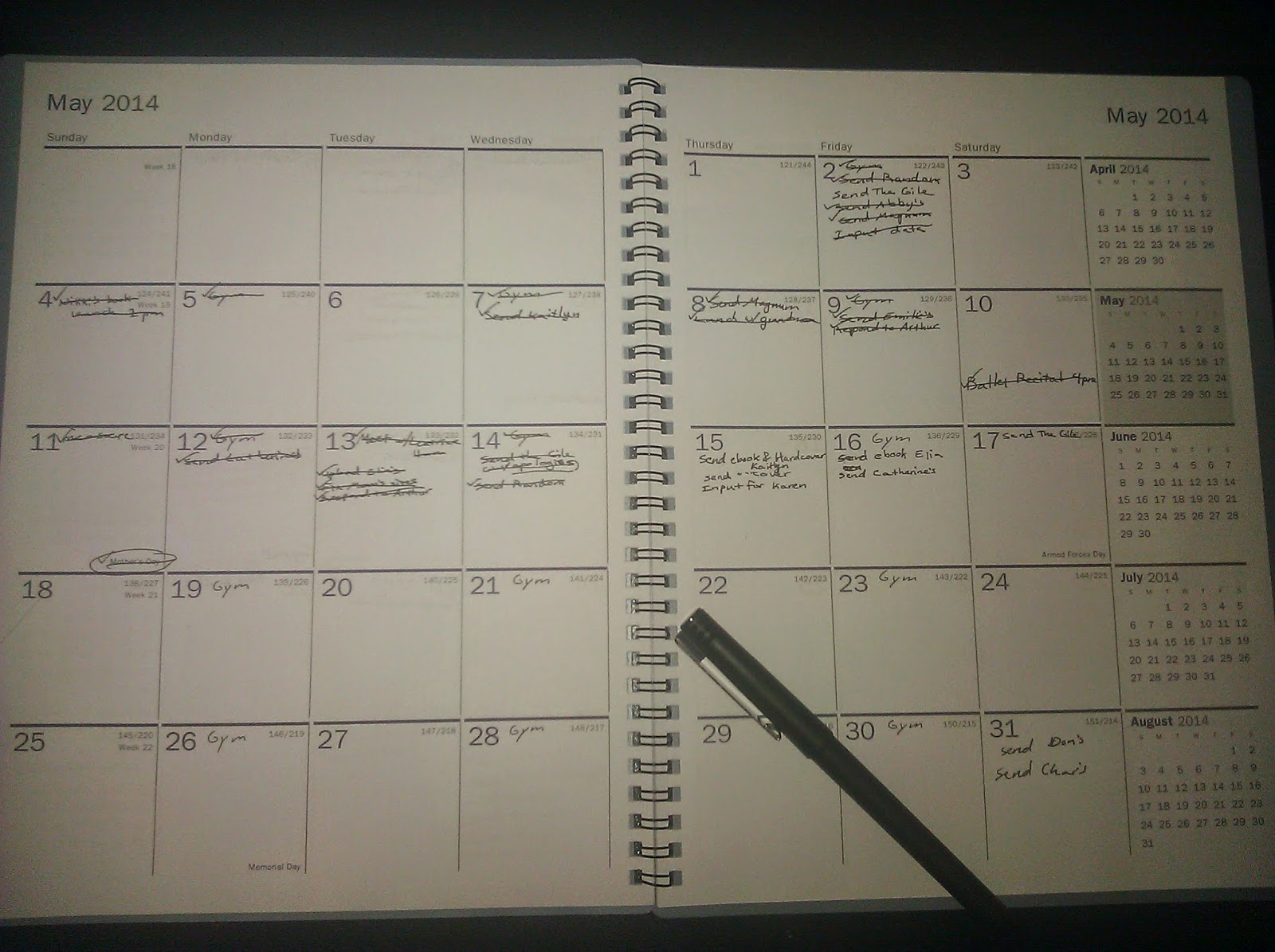 Is there anything quite like that feeling of accomplishment when a task is complete? I doubt it.

Do you have a "system" for getting things done on time?

When not writing, I edit, format, create covers, and help other authors see their books in print with my publishing company, Rivershore Books. About a month ago, I had the opportunity to help Nikki Min Yeong Abramson with her first book, I Choose Hope.

Okay—let’s get the factual parts out of the way. What is the name of your book, what is it about, and where can people find it? I Choose Hope is an inspirational memoir and self-improvement book about finding hope through overcoming challenges. People can find it at the Rivershore website, my own websites (www.renewingyourhope.com and www.nikkiabramson.com), Amazon, Barnes and Noble, and Smashwords. I am hopeful it will be in more places soon. As you can see by my header, thilly is its own word, and it means “sillier than silly”. With that in mind, what thilly thing do you do regularly? Have you done it today? (If not, why not?) Not sure what this means.... What word or words do you use too much? Not really a word, but I repeat myself often. Mostly it is stylistic, other times i just do it.What is your writing fuel? Coffee, for sure, and good music or a DVD playing in the background.If you could have a porcupine or a penguin for a pet, which would you choose? Hmm...not sure; probably a penguin.Life is full of little celebrations (things to be grateful for). What are you celebrating today? I'm celebrating being alive. It may sound corny or weird, but as you will read in my book, I am grateful for living. Life is challenging. I was told I would die at a young age, and I am 27 now. I am celebrating another day in my life to make a difference in the lives of others. How much time do you spend writing each day? I go in spurts. I write everyday for 30 minutes to 4 hours for months to weeks not writing at all. Who is your favorite character (in your own writing)? Why? There are really a few characters in my book and I give credit to all those that are a part of my life, so I really don't have a favorite character. Maybe I would say God, as He has orchestrate this all! Who is your favorite character (in other books)? I read mostly nonfiction (never really enjoyed fiction), so there is not really a character involved. What is your biggest distraction, and how do you move past it? In my writing it was sitting a computer by myself and writing it all versus talking with others. I am a big talker and less a writer. I moved past it with a mission in mind and a focus. And finally, what is the most rewarding part about writing for you? The fact that my work can, will, and has inspired people. I have already heard people say that they cried through my book or have been impacted by it, and I am excited to hear other stories. If my story can impact others, my job is done! I am grateful.