What do you do when you lack motivation?

Movies and reading are good for that. I think I find the most inspiration and motivation from movies. The visual part of movies really gets my imagination flowing. But if I want to quick boost of motivation such as when I first sit down to write, I usually turn to music. I love epic trailer music. I listen to a lot of artists like Audiomachine and Future World Music. Occasionally I find good songs from my favorite bands like Skillet or Kutless that really fit the story and help motivate me.

What word or words do you use too much?

It seems to be a different word for every book. I never realize I’m doing it until my mom points it out. “Jerked” seems to be one I overuse without realizing it and then have to cull out later. “Rose” is another one. Right when I think I’ve conquered one word, another one pops up that I have to look out for. 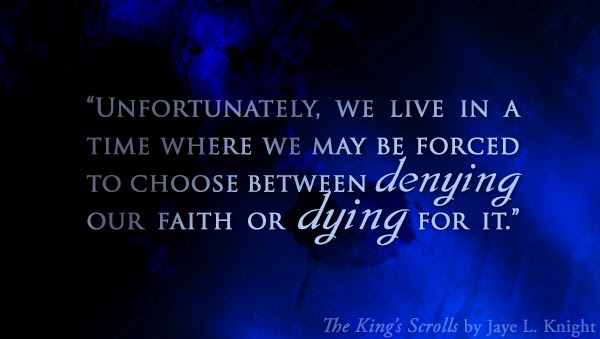 Life is full of little celebrations (things to be grateful for). What are you celebrating today?

I’m particularly excited that winter will soon be over. That’s something I always celebrate, being a 100% summer girl. I’m also celebrating a great new haircut that I LOVE. Seeing as how my hair likes to give me fits, that’s something to be very happy about. :)

Who is your favorite character (in your own writing)? Why?

This is usually a tough question, but since I started writing Ilyon Chronicles, I have an easy answer: Jace. I’ve never worked with a character I love quite to the extent I love him. He’s so much like me in many ways, so I really understand him. I’ve had so much fun with his storyline and character growth over the last couple of years. I’m not sure what I’ll do with myself once this series comes to an end and I’m not writing about him anymore.

What do you most want your readers to know?

Underneath all the adventure and the excitement of the stories, I think the two things I most want to show with Ilyon Chronicles is how much God loves even the most broken people and that He is there and working in even the darkest times and situations. I’ve gone through some long and painful trials in the last few years where I just don’t understand what God is doing and it’s hard to see Him working at all. I think He gave me this story as a way to understand how He’s always working and has a plan even if we can’t see it. I’m hoping that my books, aside from being entertaining, can possibly encourage someone who is in a similar position and help them trust that God knows what He is doing during the times we feel like we’re completely in the dark.

Appearance: Short brown hair, light brown eyes, well-built, 6’3” tall.
Age: 21
Race: Human
History: Liam is Kyrin’s older brother and a foot soldier in Arcacia’s army. He currently serves under his older brother Marcus and has been in the army since he was fifteen years old.

Author’s Notes: Dear Liam. Whenever I think of Liam, my first instinct is to give him a hug and want to protect him, which is really at odds with the writer part of me that wants to make things as difficult for my characters as possible. It’s a weird contrast. But Liam is just so sweet and means a lot to me on a personal level. As was mentioned in Resistance, Liam has difficulties. He’s not “normal.” Basically, he’s autistic. At least Ilyon’s version of autism. And autism is a subject I know well. My youngest brother has Asperger’s syndrome. So, in one way, my brother inspired Liam, or at least parts of Liam. I guess that’s where my desire to protect him comes in and transfers to Kyrin’s character. I feel the same instinct to protect my brother.

Poor Liam. He tries so hard but can never seem to do anything right, at least in the eyes of his grandfather, the General. Through his years in the army, he has been laughed at, ridiculed, punished, and made completely miserable because he doesn’t always get what he’s supposed to do. His grandfather, especially, has been so cruel to him, thinking he just doesn’t take it seriously enough. And yet, in the midst of all the hardship, Liam retains a heart of gold. He’s so caring of other people, especially his siblings.

One thing I really love, and most readers might not even notice, but Liam has his father’s name—William. The whole name thing is one of those behind the scenes facts most readers will never even know about, but has great significance to the author. Usually, it’s the firstborn sons who are named after their fathers, right? Well, that didn’t happen in the Altair family. Marcus, the oldest, was named after their grandfather, which just shows the grip the General has over their family. So Liam, the second born, was named after their father instead. And he wears the name well. Out of all the Altair children, except maybe Kyrin, I’d say Liam got the greatest measure of their father’s kind heart.

The creation process of Liam didn’t start out like most characters. I actually had an entirely different character in mind who then morphed into Liam with all his wonderfully endearing qualities. And then, somewhere around that time, I began picturing him as a younger Channing Tatum. I really have no idea how that happened. It seems like an odd “casting” choice, but it works, at least for me. One of my favorite parts about The King’s Scrolls was how Liam was able to have a much bigger role in the story than he did in Resistance. I’m excited for readers to get to know him better. 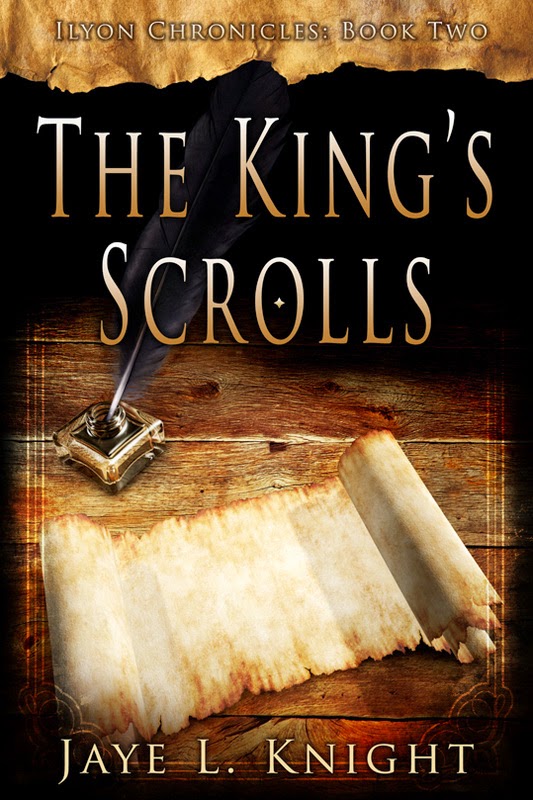 Following the harrowing events that brought them to Landale Forest, Jace and Kyrin have settled comfortably into their new lives and the mission of protecting those under the emperor’s persecution. The fast approach of winter brings with it the anticipation of a quiet few months ahead. That is until the arrival of four mysterious, dragon-riding cretes who seek aid in a mission of great importance—not only to their own people, but to all followers of Elôm.

Hidden in the vast mining valley north of Valcré, a faithful crete has spent years sharing his knowledge with the destitute miners and their families and is known to possess what may be Arcacia’s last surviving copies of the King’s Scrolls—the Word of Elôm. Joining the cretes, those in Landale must find the crete teacher and bring him to safety, but it is a race against time. Should Daican’s men find him first, execution and the destruction of the Scrolls is certain.

When disaster strikes, all seems lost. Could Elôm have a plan even in the enemy’s triumph?

Jaye L. Knight is a homeschool graduated indie author with a passion for writing Christian fantasy and clean new adult fiction. Armed with an active imagination and love for adventure, Jaye weaves stories of truth, faith, and courage with the message that even in the deepest darkness, God’s love shines as a light to offer hope. She has been penning stories since the age of eight and resides in the Northwoods of Wisconsin.

Haven’t begun the adventure into Ilyon? From February 17th - 23rd, get Resistance , the award-winning first book of Ilyon Chronicles for your Kindle on sale for only 99 cents! Check it out on Amazon! 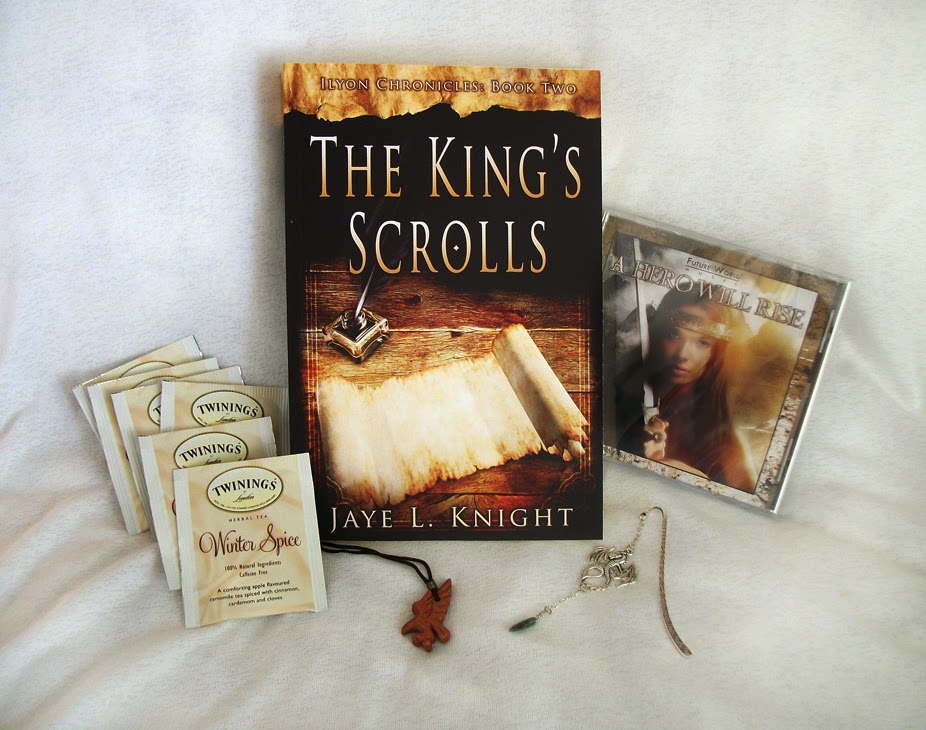 Share in the excitement of the release and enter to win a themed Epic Winter giveaway! Prize pack includes an autographed copy of The King’s Scrolls, a CD by Future World Music (some of Jaye’s favorite writing music), a dragon bookmark, a stone hawk pendant (much like the ones mentioned in the book), and a few packages of Twining’s Winter Spice tea to sip while you read! (Giveaway is open to US residents only. Cannot be shipped internationally.)