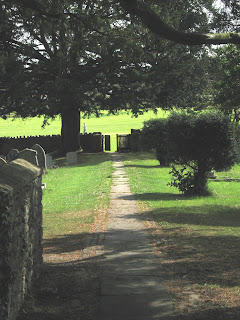 "They are much to be pitied who have not been given a taste for nature early in life."
~Jane Austen

All I can say to this quote is:


I found this quote on the internet, and I knew I had to blog something about it, because I completely agree-one hundred percent! I absolutely love, love, love nature, and I've been blessed enough to grow up in a very unusual neighborhood. My entire neighborhood used to be one vast forest, but now there are little woods tucked all over the place-including my backyard. I've always been enchanted by trees, probably because I've grown up around them. They're so lovely, majestic and comforting.

I think that a lot of people in our world don't spend enough time outdoors-simply just being outdoors. Doing absolutely nothing except enjoying the world around you, talking with God, and just being alive. When you're having a bad day, just step outside and be alone. It works wonders. :)
To conclude with a quote from Chesterton that Clare posted a while back:


When we are very young children we do not need fairy tales; we only need tales. Mere life is interesting enough. A child of seven is excited by being told that Tommy opened a door and saw a dragon. But a child of three is excited by being told that Tommy opened a door. Boys like romantic tales; but babies like realistic tales - because they find them romantic. In fact, a baby is about the only person, I should think, to whom a modern realistic novel could be read without boring him. This proves that even nursery tales only echo an almost pre-natal leap of interest and amazement. These tales say that apples were golden only to refresh the forgotten moment when we found that they were green. They make rivers run with wine only to make us remember, for one wild moment, that they run with water.
~ G.K. Chesterton
Written by Adonnenniel at 2:15 PM